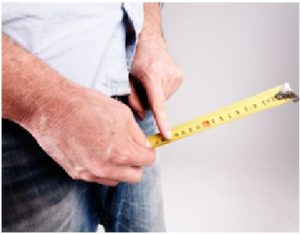 largement. These range from they feel they are not satisfying their partner to feeling that their size is not adequate.  Consequently penis enlargement comes down to an individual choice. The question firstly you need to ask yourself is how do you feel about the size of your penis? Only you can answer that!To answer the question of whether to enlarge or not, you need to ask other questions that will lead you to an informed decision. Too many men confuse the size of their penis to their performance!Can we break a myth down right here and now! The size of your penis does not determine if it is satisfying or not to your partner. Other symptoms will present themselves that you will confuse with the size of the penis, these being your ability to hold an erection? Your ability to last a long time (how long is a piece of string?) Your ability to have multiple orgasms?When you grow the penis will grow in proportion to you and your physiology so basically this means that we are not all the same. Some will have bigger ones and others will have smaller ones. This however does not mean that you cannot operate it or satisfy someone.

What is the average penis size?

Does size matter to women?

Surveys show that while size does matter to some women, there are far fewer who say that it’s important. Most women agree it’s how a man uses his penis and whether he excels in other areas, because intercourse is just one part of sex; and sex encompasses so much more.

Penis enlargement, sometimes called male enhancement, refers to an assortment of techniques intended to increase the girth, length, or erectile rigidity of the human penis.Procedures range from manual exercises to stretching devices and surgical procedures, with reports of successes and failures around the world. Some techniques are outright hoaxes. Other techniques can produce some measure of success.

There are several surgical treatments, all carrying a risk of significant complications. The Second International Consultation on Sexual Dysfunctions concluded that most men will not wish to proceed to surgery when properly informed of the likely outcome and risks of complications.What about surgery? There are two basic penis enlargement surgeries.

The American Urologic Association states that these procedures are not safe or effective for increasing the thickness or length of the penis in an adult.

The internet commonly offers penis enlargement products, patches, male enhancement pills, and ointments. Some products contain harmless ingredients. None of these products has been demonstrated to give you a longer penis.

A variety of physical therapy techniques have been used. This, in an attempt to enlarge the human penis. Generally, the techniques involve stretching, elongation by the use of small weights, or increasing the bloodflow and/or blood pressure in the penis. There is also significant overlap between techniques. These techniques are to enlarge the penis and intended to achieve other objectives. These objectives include reversing impotence, extending the duration of erections, or enhancing sexual climax.

One new technique involves injecting the penis with a substance created from the patient’s own blood known as Platelet Rich Fibrin Matrix (PRFM). A new medical technology called Platelet Rich Plasma (PRP) creates PRFM. Numerous conditions are treated with PRP. These conditions include joint replacement, crush injuries of the face, and penile enhancement. One of the unique advances of using this technology to treat penis size and sexual function concerns is that it can rejuvenate and regenerate penile tissue. Mens Clinic is currently assessing this option which appears to have a 50% success rate.

This treatment is natural. Your own cells are used. These cells are treated with a chemical that is not foreign to the body. The cells are injected into the specific areas. Since a distillate of growth factors from your own blood [PRFM] is used there should be no side effects from the material injected. This builds the underlying tissue with a possible [but not guaranteed] 10 to 20% increase in length and girth. You should see improvements immediately. Thereafter there is usually a return to prior treatment status in 3 – 5 days. This happens as the water is absorbed. Thereafter the action of the fibroblasts increases the size of the penis. Subsequently, within 2-4 weeks an increase in length and girth is common. The results of this treatment commonly last 15 – 18 months but does not last as long in some people.

In addition METP makes other therapies work better. For example if you use Viagra or Cialis, they will work better for you. METP increases sensation and pleasure by helping correct the damage from diabetes. You can place more in the base or in the head. Consequently, size is therefore increased by design. Moreover there are no allergic reactions as you use your body’s own fluids. There is minimal pain and no burning from PRFM.

Introduction A Weak Erection (also know as impotence or erectile dysfunction) is not a disease, [...]